Order
Professor Richard’s work is based on part of a manuscript in the British Library concerned with the revenues and administration of the later Mughal Empire, and datable to the reign of the Emperor Bahadur Shah I (AD 1708-1712). The section covered consists of 65 specimen forms for types of documents, the majority orders of appointment, the remainder concerned with a variety of financial and other transactions. The appointments envisaged range from that of Subadar, or Governor of a major province, to those of minor officials of ports, mints and sub-districts. The work belongs in the tradition of administrative manuals that may be traced back to the reign of Akbar and earlier. The specimen documents, originally intended to guide the aspiring Mughal scribe in his work, contain a mass of detail of interest to the modern student of the history of the Mughal India, and that of the eventual heir to the Mughal tradition, the British Raj. This is the first work of its type to appear in English translation. An introduction sets the work in context and the original text is given in facsimile. John F. Richards is Professor of History at Duke University 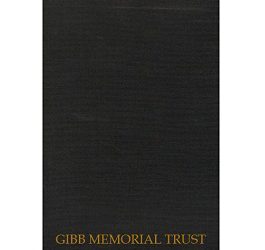